The house had a great floor plan but the interior fell well short of its colonial potential. Before and after images show the dramatic transformation of each room. I designed, constructed and install all the millwork with the exception of the kitchen; while I did design the cabinets and overall layout a company was hired to fabricate and install the perimeter units. They also supplied two raw wood cabinets which I used to construct the custom island (also shown in the furnishings section). A reclaimed newel post was used in the entry – paint stripping, minor re-carving and fresh paint revived it from years of wear. A consistent design theme runs throughout the entire home, as seen in the paneling, ceiling beams, moldings and cabinetry. To add a more formal appearance to the living room a tall custom built mantel was applied over some of the original stone fireplace and the opening was parged and painted white. One end of the family room was converted into a library by adding floor to ceiling book cases with concealed shutters that double as window alcove paneling. The existing bar and wet sink were relocated behind paneled doors. The opposite end of the family room was transformed with a custom built mantle and paneling place over the original brick fireplace. The end result is a home full of beautiful details – a true reflection of colonial craftsmanship. 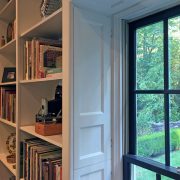 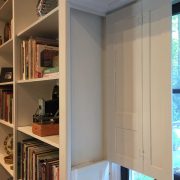 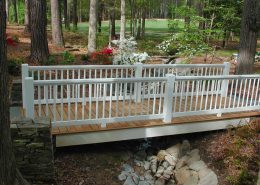 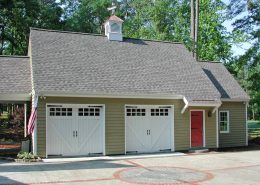 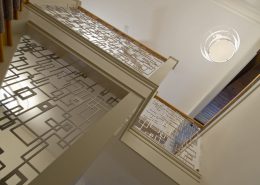 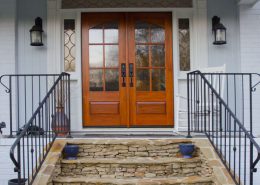 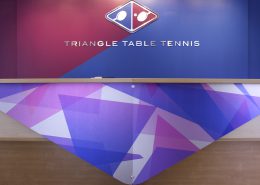 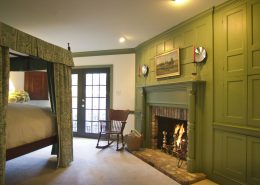 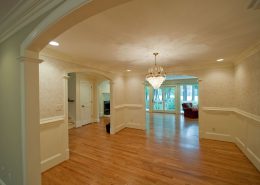